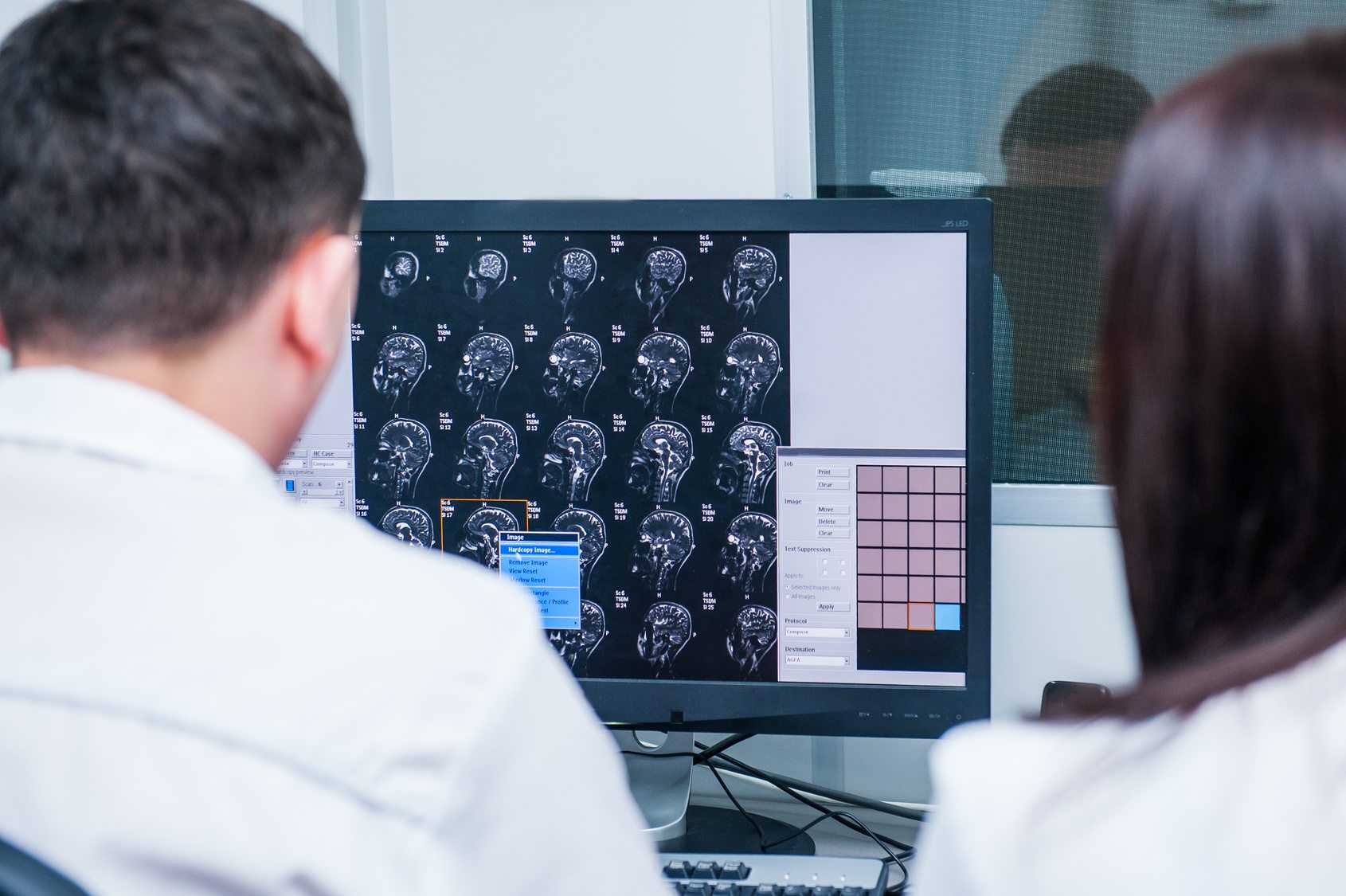 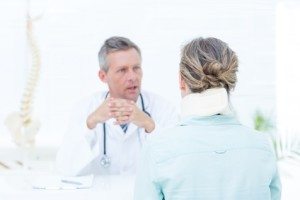 Once diagnosed, you will usually be referred to a specialist (not a Chiari Specialist, but an everyday, run-of-the-mill neurologist or neurosurgeon). They tend to come in one of two types: Either they are very passive and just want to wait and see how bad it gets, or they are very pro-surgery and while they will still usually give you a 50% chance of helping your symptoms, they will tell you how decompression surgery really is your best option. Both are problematic.

FOR THE ASYMPTOMATIC CHIARIAN:
Without a doubt, the passive approach is by far the best plan of action for the asymptomatic Chiari patient. Approximately 30% of those with a Chiari 1 malformation can go their entire lives without having symptoms (in fact, many remain undiagnosed and don’t even know they have it because they have no symptoms).[1] The Chiari is often discovered while looking for something else entirely and is therefore considered an “Incidental Finding.” While there is a chance that the Chiarian will become symptomatic one day, the risks of surgical complications exceed the potential benefit on something that has not and might not ever affect their life.

FOR THE SYMPTOMATIC CHIARIAN:
If the Chiarian is symptomatic, however, “Decompression Surgery is the only treatment available [at this time] to correct functional disturbances or halt the progression of damage to the central nervous system. Most individuals who have surgery see a reduction in their symptoms and/or prolonged periods of relative stability. More than one surgery may be needed to treat the condition.”[2] Despite the reasons for haste however, we do recommend slowing down and making sure that adequate testing is done to ensure that the Chiari is a “Congenital Chiari” formed only by a small posterior fossa, with no other etiological/pathological co-factors that could make it an “Acquired Chiari Malformation.” If not identified and addressed, these etiological/pathological co-factors can cause complications and even lead to a failed decompression surgery. (Note: most are told at diagnosis that it is a “congenital defect.” However, that is usually a presumption on their part, stemming from a lack of knowledge of Chiari and its comorbidities, and them giving too much credence to the paragraph or two on Chiari malformations in their medical school textbooks. That is not the reality that many are dealing with; so, testing is imperative!)

TESTING:
If you have been diagnosed with a Chiari malformation or a tonsillar ectopia (regardless of the size of tonsillar descent), you should have the following tests/images done.

1. A sleep study to check for Sleep Apnea.

• Central Sleep Apnea (CSA) is more common with Chiari, especially when there has been damage to the brainstem or Vagus Nerve.

• Obstructive Sleep Apnea (OSA) is commonly linked with obesity in the general population, it is also very common amongst those with Connective Tissue Disorders (such as Ehler’s-Danlos Syndrome).

• Both CSA and OSA can be present in the Chiarian with a Connective Tissue Disorder. When both are causing apnea, it becomes known as “Complex Sleep Apnea.”

• Sleep Apnea, regardless of the type, is a common “killer” amongst Chiarians. 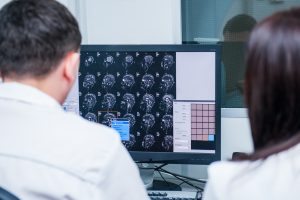 2. A brain and full spine MRI (upright recommended) with and without contrast.

What they should be looking for in these MRIs:

a) Do you have a syrinx (Syringomyelia or Syringobulbia)?

• If you have either, that is proof that the blockage of CSF is significant enough to cause these potentially serious complications.

b) Is any part of your brainstem below the foramen magnum?

• If it is, you have a variant of Type 1, known as a Chiari 1.5[3] or Type 2, both indicate that there is something else going on causing the brainstem to herniate along with the cerebellar tonsils.

c) Do you have a cyst/tumor causing increased intracranial pressure that is pushing the cerebellar tonsils down?

• If you have either, and they are operable, there is a chance that surgically removing it could decrease the intracranial pressure and allow the cerebellar tonsils (and brainstem if it is below the foramen magnum at all) to go to proper position. Furthermore, if the cyst/tumor is not addressed before, during, or soon after decompression surgery, the chances of your tonsils herniating again after decompression are high.[4]

d) Do you have Hydrocephalus causing increased intracranial pressure that is pushing the cerebellar tonsils down?

• If you do, there is a chance that the placement of a Ventriculoperitoneal Shunt could decrease the intracranial pressure enough to allow the cerebellar tonsils (and brainstem if it is below the foramen magnum at all) to go to their proper position. Furthermore, if the Hydrocephalus is not addressed before, during, or soon after decompression surgery, the chances of your tonsils herniating again after decompression are high.[5]

e) Do you have signs/symptoms of Idiopathic Intracranial Hypertension (often shows as excessive fluid above the lateral ventricles, with small, “slit-like” lateral ventricles; usually accompanied by Papilledema and/or Empty Sella Syndrome), which can cause enough cranial pressure that it can push your cerebellar tonsils down?

• If you do, there is a chance that a prescription for Diamox or Topamax, or the surgical placement of a Ventriculoperitoneal Shunt, could reduce the pressure enough to allow the cerebellar tonsils (and brainstem if it is below the foramen magnum at all) to go into proper position. Studies exist both in favor of shunting first and doing the decompression first; there are documented cases where unresolved IH has led to failed decompression surgeries, while other cases attribute a Chiari decompression as being that which resolved IH symptoms.[6/7]

f) Do you have signs/symptoms of Tethered Cord Syndrome that could be pulling on the spine from below?

• If you do, there is a chance that a less invasive surgery known as a Tethered Cord Release, could stop the downward pulling of the spinal cord and allow the cerebellar tonsils (and brainstem if it is below the foramen magnum at all) to go into proper position. Furthermore, if the Tethered Cord is not addressed before, during, or soon after decompression surgery, the chances of your tonsils herniating again after decompression are high. (Note: not all Tethered Cords are easily visible by MRI, when they are not visible, it is called Occult Tethered Cord (OTC) and surgery on a OTC remains controversial.)[8]

g) Do you have signs/symptoms of Intracranial Hypotension (CSF Leak) that could be pulling or creating a suctioning effect from below?

• If you do, there is a chance that a less invasive blood patch or a Dural Tear Repair Surgery, could stop the downward pulling/suctioning effect on the spinal cord and allow the cerebellar tonsils (and brainstem if it is below the foramen magnum at all) to go into proper position. Furthermore, if the leak(s) are not addressed before, during, or soon after decompression surgery, the chances of your tonsils herniating again after decompression are high. (Note: not all leaks are easily visible by MRI.)[9]

i) Do you have signs/symptoms of disc degeneration problems and/or stenosis, especially in the cervical spine where it can damage the Vagus Nerve?

• If you do, these could be another sign of a connective tissues disorder. If you have a syrinx above a herniated/bulging disc, there is a good chance that the disc is attributing to it. Herniated/bulging discs in the cervical spine can be quite troublesome. They can usually be addressed by a second procedure called an Anterior Cervical Discectomy and Fusion (ACDF), but if there are multiple cervical problems and Craniocervical Instability, some surgeons will opt to do a fusion at the time of decompression.[11]

j) Do you have signs and symptoms of a cervicomedullary syndrome[12], which are often the result of Craniocervical Instability (CCI), Atlantoaxial Instability (AAI), or both. (CCI and AAI can be confirmed with: An upright c-spine MRI with flexion, extension, and neutral views or a 3D cervical CT with rotational views.)

• CCI/AAI can produce many of the same symptoms as Chiari 1 malformation, including occipital or craniocervical junction headaches made worse by Valsalva maneuvers. It has been theorized that CCI/AAI may also be capable of causing or worsening a herniation of the cerebellar tonsils, and it has been demonstrated that CCI can cause ventral brainstem compression and deformative stress injury to the brainstem.[13] Failure to diagnose and treat CCI before or along with decompression has also been linked to decompression failure. CCI and AAI, while rare in the general population, are relatively common in patients with HDCT’s (Heritable Disorders of Connective Tissue), such as Ehlers-Danlos Syndrome. CCI, when identified to be the root cause of significant symptoms, can be treated conservatively, and in the short term, with the use of a hard-cervical collar, physical therapy and, possibly, traction. More permanent treatment in the form of a fusion and stabilization surgery (fusing the occiput to C1, C2, and sometimes additional vertebrae).[12/13]

IF NONE OF THESE PROBLEMS APPEAR TO EXIST:
Some doctors and patients prefer to wait and just treat the symptoms medically. That is your choice to make and you should never let anyone try to bully you or manipulate you into having surgery or not; although it is important to know that statistics show that those who have had a shorter duration of onset of symptoms and surgery tend to have a better surgical outcome.[14]

Statistics show that 80% of decompressed patients report some relief from some of their symptoms; headaches are the most commonly reported symptom to gain relief (81%).

Most surgeons will give a 50% chance of relieving each symptom individually, with the exception of pain associated with damaged nerves.

While some surgeons prefer a conservative approach to surgery such as a “bone only” decompression or a “Minimally Invasive Subpial Tonsillectomy,”[15] a full decompression usually consists of:

♦ Craniectomy: removal of part of the sub-occipital skull.

♦ Laminectomy of C1 (and sometimes C2): removal of the lamina from the vertebra.

♦ Duraplasty: opening of the dura (the outermost membrane enveloping the brain and spinal cord) and patching it so there is more room.

IS DECOMPRESSION SURGERY A CURE FOR A CHIARI MALFORMATION?
There is a fundamental problem with the question and what many neurologists and neurosurgeons believe about decompression surgery. For the patient, the symptoms are synonymous with the condition. If we continue to struggle living our lives because of these symptoms, having a doctor that refuses to validate that struggle, can add insult to injury. Decompression surgery should NEVER be considered a cure to the symptoms of a Chiari malformation, it is merely the only treatment available [at this time] to correct functional disturbances or halt the progression of damage to the central nervous system. The likelihood of continued symptoms is almost absolute, Decompression is only a means of reestablishing the flow of CSF between the brain and spinal canal (which is imperative). Once flow is restored, there should be some relief from many of the symptoms. Complications such as Syringomyelia should be reduced or resolved, so the possibility of paralysis is significantly reduced. With as bad as the pain and symptoms are, it really can get worse if left untreated. Finding a specialist that is not only experienced with decompression surgeries, but who fully understands the correlation and treatment of etiological/pathological co-factors and co-morbid conditions, substantially increases the likelihood of a positive surgical outcome.