What’s In A Name? An Expansive Review of the Name and Definition of Chiari Malformation 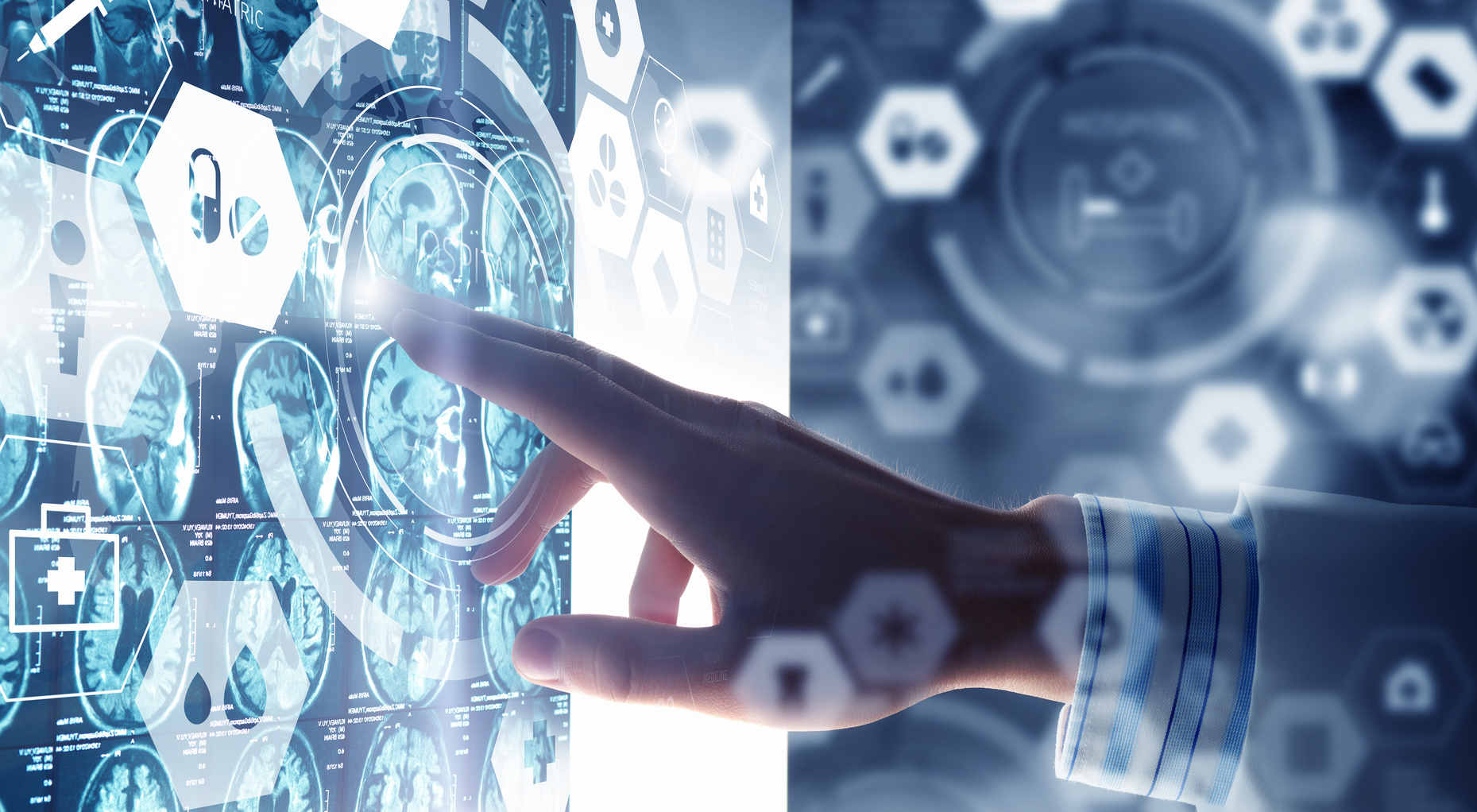 THE DEFINITION OF A CHIARI MALFORMATION HAS BEEN LONG DEBATED. IT REALLY IS NO WONDER THAT PATIENTS AND MEDICAL PROFESSIONALS ALIKE ARE CONFUSED. THEN, WITH US FULLY UNDERSTANDING ALL SIDES OF THE DEBATE, WE DEFINED A CHIARI MALFORMATION AS STRUCTURAL DEFECTS IN WHICH THE CEREBELLUM, THE HIND PART OF THE BRAIN, DESCENDS BELOW THE FORAMEN MAGNUM INTO THE SPINAL CANAL. THIS DEBATE IS BEING ANALYZED THIS YEAR, AS CERTAIN ORGANIZATIONS ARE BRAVING TO ATTEMPT TO BRING DOCTORS ALL UNDER ONE UNIFORM DEFINITION AND DIAGNOSTIC CRITERIA. THEREFORE, AMIDST ALL THE CONFUSION AND DEBATE, WE WANTED TO EXPLAIN THE FACTORS INVOLVED, AND WHY WE WENT WITH THE DEFINITION THAT WE DID, AND WHY ONE STANDARD IS SO IMPORTANT!

To better facilitate our explanation, we will call all associated terms by their specific medical names: 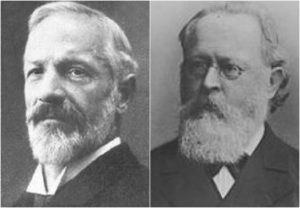 Many ascribe to the theory that a Chiari Malformation ONLY consists of a posterior fossa hypoplasia (which means that the back of the skull is malformed, and therefore the cranial area (space) at the rear is too small). They believe that a tonsillar ectopia is only a symptom, and a Chiari Malformation can exist with or without an accompanying ectopia. This argument is not without merit, because much of what was initially being looked at by Hans Chiari were deformities in the posterior skull upon postmortem examination (so there wasn’t soft tissue to analyze). He originally attributed much to hydrocephalus, but expanded his research into the pons, medulla oblongata, and cerebellum (which can all be attributed to intracranial pressure as a pathology of a “tonsillar ectopia”). To ascribe to this belief would also mean that “Acquired Chiari Malformations” cannot exist, as one doesn’t “acquire” a small posterior fossa. And that would also mean that Chiari Type 2, Type 3 and Type 4 technically would not be a Chiari Malformation at all either, since their definitions do not require a posterior fossa hypoplasia. Perhaps type 3, which has an opening at the back of the skull, but no “small posterior fossa” is even implied in the definitions. 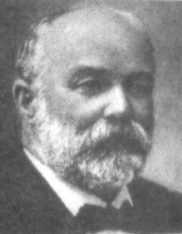 But to look at the full history of what became known as a Chiari Malformation, we can begin by looking at the research of a German pathologist, named Theodor Langhans. In his research in 1881 (a decade before Hans Chiari conducted his research on what became known as a Chiari Malformation), while looking at syringomyelia (“a cavity created in the spinal cord”), he noted a “change in the cerebellar cavity.” Upon dissection of the cerebellum, he described the cerebellar tonsils as “two symmetrical pyramidal tumors,” pushing the brainstem forward.[4] In fact, the other noted researchers: Nicholas Tulp (1593–1674), John Cleland (1835–1925), and Julius Arnold (1835–1915), all centered on the hindbrain hernia [herniation] without speculation as to its etiology/pathology. It is said that “many of the English translations of Chiari’s work contain inaccuracies.” But note that Chiari’s first paper was on “ectopia of cerebellar tissue,” and that he went on to define Type 1 as showing, “elongation of the tonsils and medial parts of the inferior lobes of the cerebellum into cone shaped projections, which accompany the medulla oblongata into the spinal canal.”[5] Which sounds like what is now known to be a Chiari 1.5. Much later, in 1938, at a time when the posterior fossa decompression became the popular surgical treatment for a Chiari Malformation, a Chiari 2 patient “underwent posterior fossa exploration with the authors not considering hindbrain herniation in their differential. Penfield and Coburn later stated that: ‘In retrospect it seems that we should have suspected the Arnold-Chiari malformation. Instead, a suboccipital craniotomy was carried out…” So even the early neurosurgeons seeking to perfect their surgical treatment felt that it was a mistake to concentrate on the posterior fossa and not take into account etiologies of the hindbrain herniation. That mistake is still going on 80 years later.[6]

The biggest problem that they are going to have with strictly defining a Chiari Malformation as a small posterior fossa resides in the fact that the diagnosis criteria for a Chiari Malformation only consists of ONE MEASUREMENT, the length of the tonsillar ectopia (how far the tonsils herniate below the foramen magnum). Generally, there are no measurements of the posterior fossa taken when radiologists make the initial diagnoses. Furthermore, most neurosurgeons see the radiology reports, and depending on symptomology, they make the decision to decompress or not to decompress without ever measuring the size of the posterior fossa. Most never look for (and often do not know about) etiological/pathological cofactors that could have been causing the tonsillar prolapse in the first place.

Where does this assumption leave us? 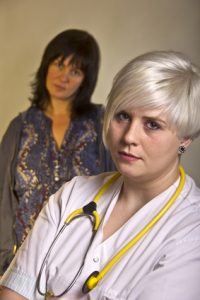 Unfortunately it leaves most of us with failed decompressions, fighting with our neurosurgeons that “something is still wrong.” These neurosurgeons look at their post-operative checklist and see that they successfully did everything surgically required in their out-of-date textbooks:
They did all that was required of them based on the diagnoses presented! They don’t have time (or don’t care) to look beyond that, so once again, the idea of our continued symptoms are thought of as being psychosomatic.
While we applaud the efforts of those seeking to get a measure of consistency in how Chiari is defined, the truth remains that until the diagnosis criteria is changed as well, we are being diagnosed with Chiari Malformation based on our tonsillar herniation; it is presumed to be congenital; we are being surgically treated as though it is congenital, and we are ending up with failed decompressions. This confusion is beyond unacceptable, it’s reprehensible!
When it is all redefined, hopefully we will have a well defined diagnosis criteria, or it is all irrelevant. And the many that really did acquire what was assumed to be “congenital” who are now being told that they do not have Chiari Malformation at all, will be able to get lawyers for “an improper diagnosis” that lead to the incorrect brain surgery being done. There are surgeons coming around and finally seeing that there is merit to these studies that have been done since the late 1990s, that have shown a pushing/pulling effect that can cause the tonsillar ectopia that gets us diagnosed with a Chiari Malformation, and we applaud them for having the integrity to stand up and get it right. That’s exactly what we need and deserve!
If you were diagnosed with a Chiari Malformation and want to know how all of this might be affecting you, we encourage you first to find your initial radiology reports, and see if there were measurements taken of the posterior fossa. And then wait with that information… wait and see what changes are actually made to the definition. While you are waiting learn. Learn everything you can about every etiological/pathological cofactor, and every comorbidity. If it is “officially” redefined as a small posterior fossa, we will have to work together as a community (like we always do) to help lawyers see how we have been getting lost in the shuffle, year after year. If it’s not officially changed and Chiari continues to be defined as a structural defect involving the cerebellar tonsils, we will have to continue in our fight to make these cofactors of Acquired Chiari Malformation known!