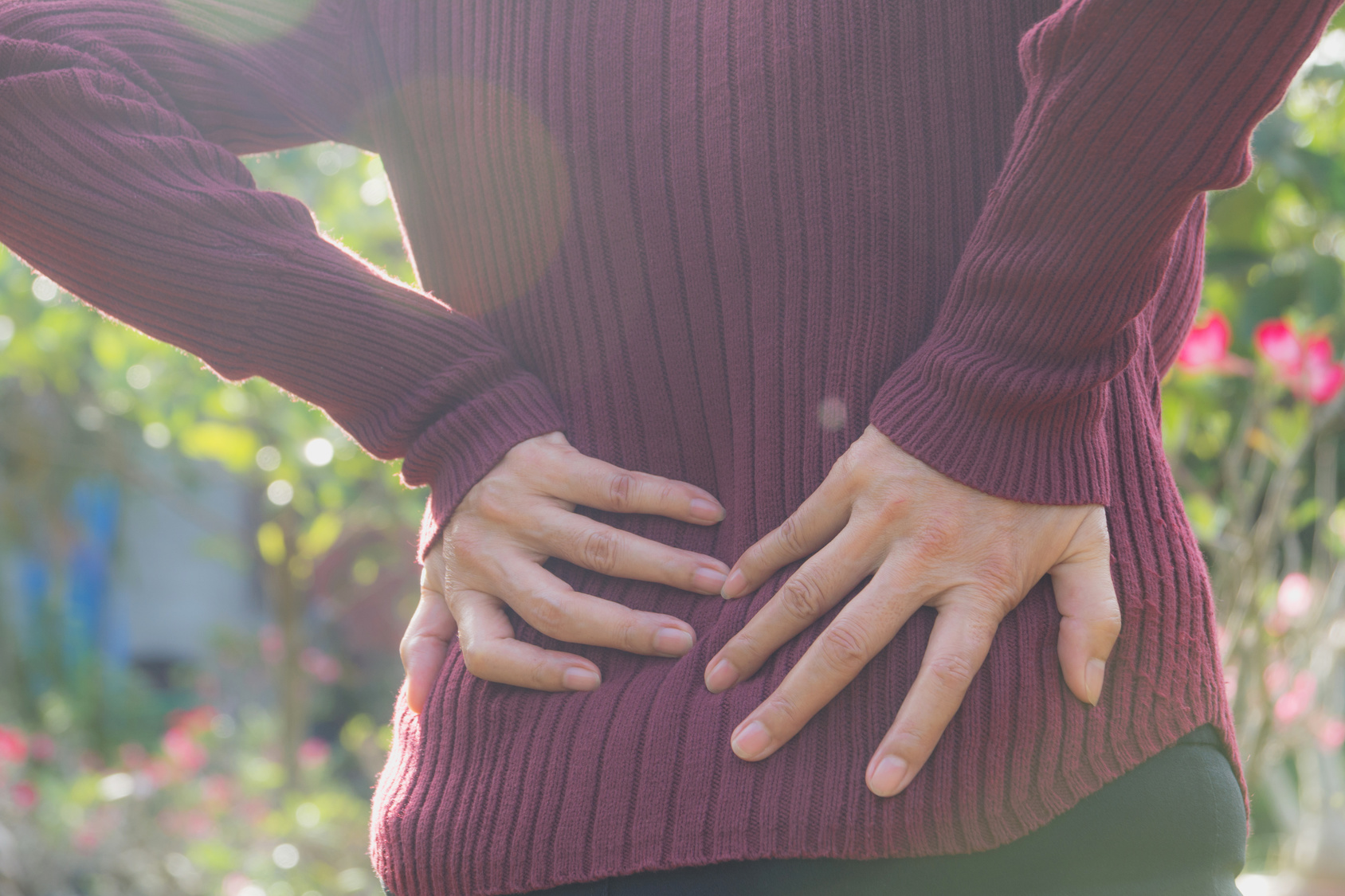 TETHERED CORD SYNDROME (TCS) INVOLVES A STRETCHING OF THE SPINAL CORD, AND OFTEN YOUR MEDULLA OBLONGATA
AS WELL, WHICH LEADS TO A HOST OF NEUROLOGICAL PROBLEMS.

Before we talk about Tethered Cord Syndrome, let’s first talk about the anatomy associated with the spinal column (in layman’s terms). 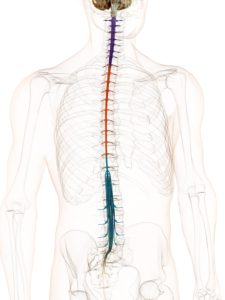 •  Each vertebra in the upper twenty-four vertebrae is separated by intravertebral discs largely composed of the fibrous protein, collagen. The main role of these discs is to allow the vertebral column to move and flex.

•  The role of the spinal canal is to hold cerebrospinal fluid around the spinal cord, which not only cushions the cord against injury, but it also lubricates the cord, cleanses the cord, and brings essential nutrients that the spinal cord needs. The spinal canal is made up of several layers that form the meninges. These layers are also composed of high concentrations of collagen. The outermost layer of the meninges is the dura mater. The dura mater should be dense and strong, so cerebrospinal fluid cannot leak from it. 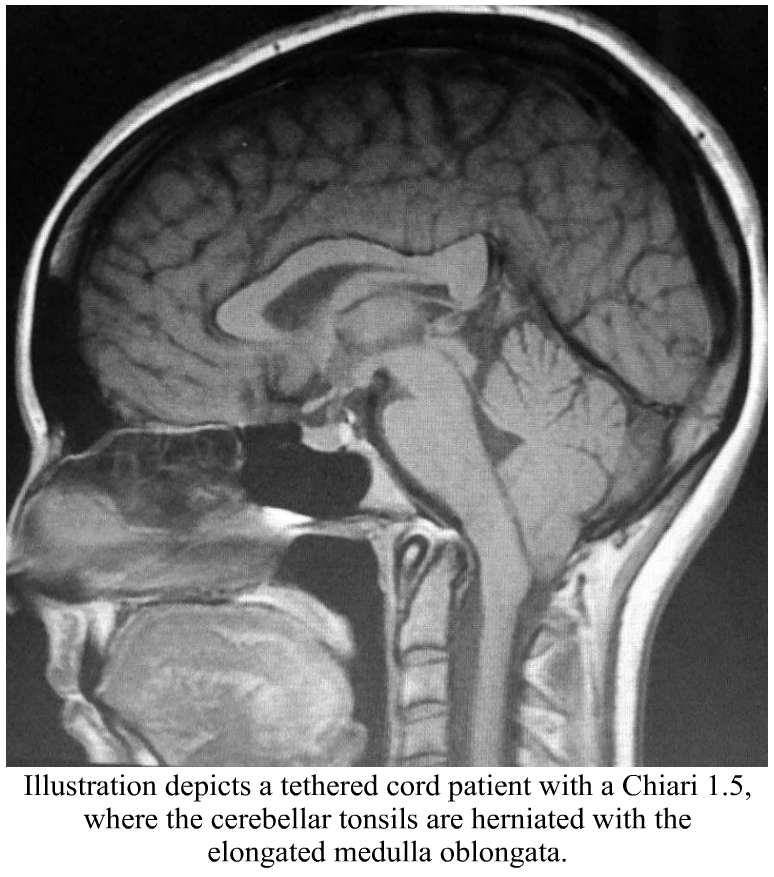 Tethered Cord happens when the sticky fibrous tissue of the filum adheres to fatty/scar tissue or the dura lining of the spinal canal.1 While this tethering can happen anywhere in the spinal canal, it is most common at the lumbosacral level.4 When the tethered filum pulls the spinal cord tightly enough that it causes neurological problems, it becomes known as Tethered Cord Syndrome (TCS). Tethered Cord is most common in patients with Spina Bifida (myelomeningocele, meningocele), Spina Bifida Occulta (lipomeningomyelocele, lipomyelocele) and patients with Ehlers-Danlos Syndromes (EDS), a Hereditary Disorder of Connective Tissue (HDCT) where one or more of the types of collagen (the most abundant protein in the human body) is mutated at a cellular level. Tethered cord can be congenital or acquired. It can be obvious in childhood or symptoms may not present themselves until adulthood. Some children may develop minor signs that are overlooked by untrained medical professionals and can progress slowly or rapidly over time.

A Tethered Cord Syndrome diagnosis can be somewhat of a challenge. The signs and symptoms of the condition are not always present and when they are, they are often not recognized, so it is important to know all indicators. People with Tethered Cord (TC) can have sacral dimples, discoloration, and hairy patches on their lower back that can lead a doctor to investigate further, however, some have no external signs at all. Some have kyphosis (rounded back) and scoliosis (curved spine). Sometimes radiological criteria are not met or are ambiguous, yet an Occult Tethered Cord (characterized by the presence of symptoms with normal conus position and inconclusive findings of the filum) can still exist.5 Symptoms can be elusive as well and can happen all at once or gradually over the course of many years. Many symptoms worsen due to activity; climbing stairs has been reported as causing pain that varies from uncomfortable to excruciating.

One of the reasons that Tethered Cord is often overlooked is that many neurosurgeons are not aware of the connection it can have with a Chiari Malformation and the medical tests used for determining if a tethered cord problem exists are not always accurate or accurately read.

• A lumbar MRI is usually the first step. This gives a visualization of the spinal cord in relation to the surrounding vertebrae. The actual tethering is not always obvious on MRI, sometimes the only proof of the tethering is the pulling it creates on the spinal cord. Doctors will look for the position of the conus medullaris when looking for signs that the spinal cord is being pulled. The consensus amongst most surgeons is that a normal conus should be located from the T12 to the lower L2. There is much debate on the importance of establishing evidence of a low-lying conus.5 When conus reaches the lower L2 or below, doctors should be investigating why it’s low and consider if the cord might be tethered. When looking for the location of the conus, your position can make all the difference. MRIs are generally performed supine (lying down) and the cord is not pulled as tightly as it is when upright. For this reason, upright MRIs are becoming the method of imaging preferred by most neurosurgeons looking to confirm or deny if tethering exists in a patient showing symptoms. Other signs of tethering that might be visible in a lumbar MRI include an enlarged foramen magnum, thick or fatty filum, presence of fatty tissue inside the canal, or the filum might be pulling to one side of the canal.5

• A prone MRI of the lumbar region can be an invaluable tool for those where other MRIs indicate that the filum might be pulling to one side (usually the back side) of the canal. With prone MRIs, imaging is done while the patient is lying face down (as opposed to facing up, like most supine MRIs). If the anteroposterior conus movement of >10% of the canal width was evident from the supine to the prone, then the likelihood of it pulling to one side do to tethering is less likely and more conservative management might be better appropriate than a surgical release.6

• A cervical MRI can also show signs that a tethered cord might exist. The cervical spinal cord can sometimes appear narrow from it being pulled tight. The medulla oblongata can become elongated. This happens because the brainstem is attached to the top of the spinal cord and that cord is being pulled tight, essentially pulling everything down and tight. This elongation of the medulla from the tethering can cause secondary symptoms by itself, known as Dysautonomia.

· Low/herniated cerebellar tonsils consistent with what is seen in a Chiari Malformation. When the brainstem is herniated (where part/most of the medulla is below the foramen magnum) along with the cerebellar tonsils, it is considered a Chiari 1.5 (which should be a good indicator that you might be dealing with an Acquired Chiari Malformation, where the herniated tonsils are secondary to another condition). One study quoted that out of 2,987 patients with a tonsillar herniation of 5mm or greater, 14% met the diagnostic criteria (based on “generally accepted clinical and radiographic criteria”) and 63% of the 289 patients with tonsillar herniations of < 5mm.5

· A syrinx is common with Tethered Cord, as it causes a blockage of fluid at the foramen magnum. A syrinx can develop anywhere in the spine, usually in the lower cord, but with Tethered Cord Syndrome it can develop in the lower medulla (Syringobulbia) as well because of the low brainstem is at the point of the blockage of fluid from the Chiari Malformation.

Even with an upright MRI and every symptom listed, patients are often told they do not have Tethered Cord. This is simply due to a lack of education on the subject and medical bias between doctors. It is important to make sure that you have the images viewed by a neurosurgeon that is familiar not only with Tethered Cord but Chiari and Comorbids as well. (Nearly half of the large study quoted above were referred following a failed Chiari Decompression.5) The combination of the images and the patient’s symptoms should tell the neurosurgeon if surgical intervention is required. Patients often require several consultations before they can find a knowledgeable enough physician. 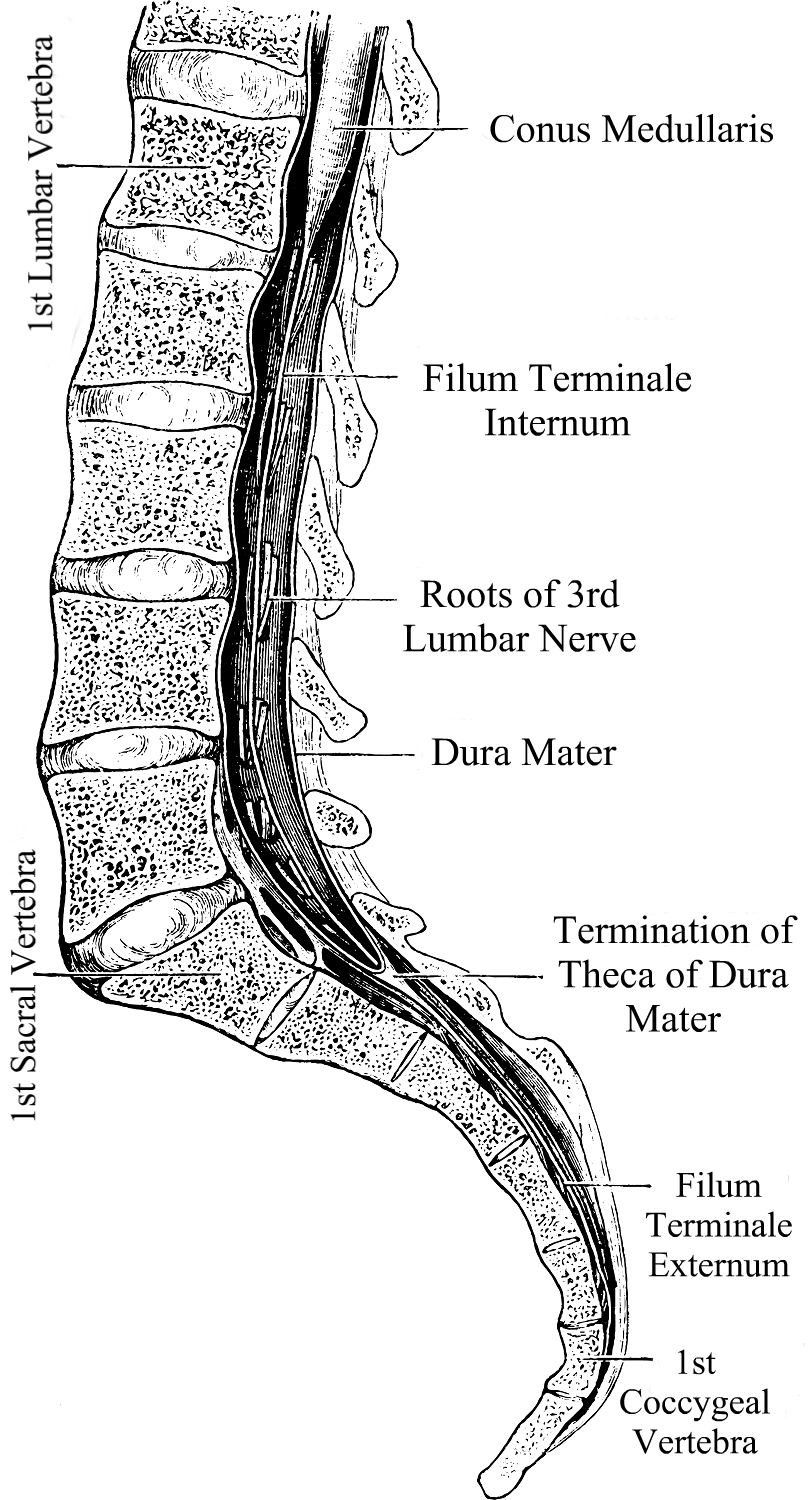 What We Recommend BEFORE DECOMPRESSION is considered:
If you have symptoms of TCS, especially if accompanied by any of the MRI indicators mentioned above, it is both reasonable and prudent to ask your neurosurgeon to investigate further before decompression is considered. A Tethered Cord Release Surgery prior to decompression may relieve the tension that is pulling the brainstem and cerebral tonsils downwards reducing the risk of a failed decompression. There is a chance with small tonsillar herniations that the Tethered Cord Release might allow the cerebellar tonsils to rise enough to the point that cerebrospinal fluid flow is reestablished to where decompression is no longer needed. However, failure to release a tethered cord prior to decompression surgery increases the likelihood of a failed decompression. (In fact, in the study quoted above, out of the 3,276 patients with herniated tonsils, 46% of them were referred for evaluation after a failed decompression surgery.5) An MRI of all three levels of the spine should be done to rule out other possible causes for leg/back symptoms along with urodynamic testing, an Electromyogram (EMG) Test and Nerve Conduction Study (NCS) of the lower limbs is also suggested.

TREATMENT OPTIONS:
For some, physical therapy can help with symptoms for a while. However, ultimately it will likely need to be surgically treated with a Tethered Cord Release.

Tethered Cord Release (TCR) Surgery involves the untethering of the spinal cord. An incision is made in the lumbar area, the filum terminale is separated and the factors that are tethering the spinal cord to the vertebrae are severed. Surgical treatment is not without risk and does not guarantee relief of symptoms. However, in a large study, up to 83% of adult patients report relief, 16% unchanged, and 1% report feeling worse.5 In children, the numbers are even better with 93% obtaining improved symptoms and 7% unchanged.5 Most patients describe the surgery as extremely painful for the first two weeks and “better than they ever remember feeling” (often because they have been tethered for much of their lives) after two weeks. The most common complication involves retethering (often from the scar tissue from the release) and multiple surgeries may be required over a lifetime. Finding a neurosurgeon experienced with TCRs and the surgical treatment of Ehlers-Danlos patients can sometimes help reduce the risks associated with scar tissue formation, but scar tissue can happen with even the best of neurosurgeons.

For the TCS patient, herniated tonsils really should be assumed an Acquired Chiari Malformation (even if a small posterior fossa is evident), and by correcting the tethered cord before decompression the decompression will be less likely to fail.

Special Note: There are other conditions that can present with similar symptoms. Diastasis Recti is a type of abdominal hernia common to pregnant women, those with obesity, and EDS patients. This separation in the abdominal muscles is known to sometimes cause lower back pain and many of the same pelvic floor problems seen with Tethered Cord Syndrome (TCS). Unlike TCS however, it does not usually require surgical treatment. If you suspect Diastasis Recti, we recommend that you talk to your Primary Care Physician about referring you to physical therapy to bring your abdominal muscles back together before considering Tethered Cord Release (TCR).7